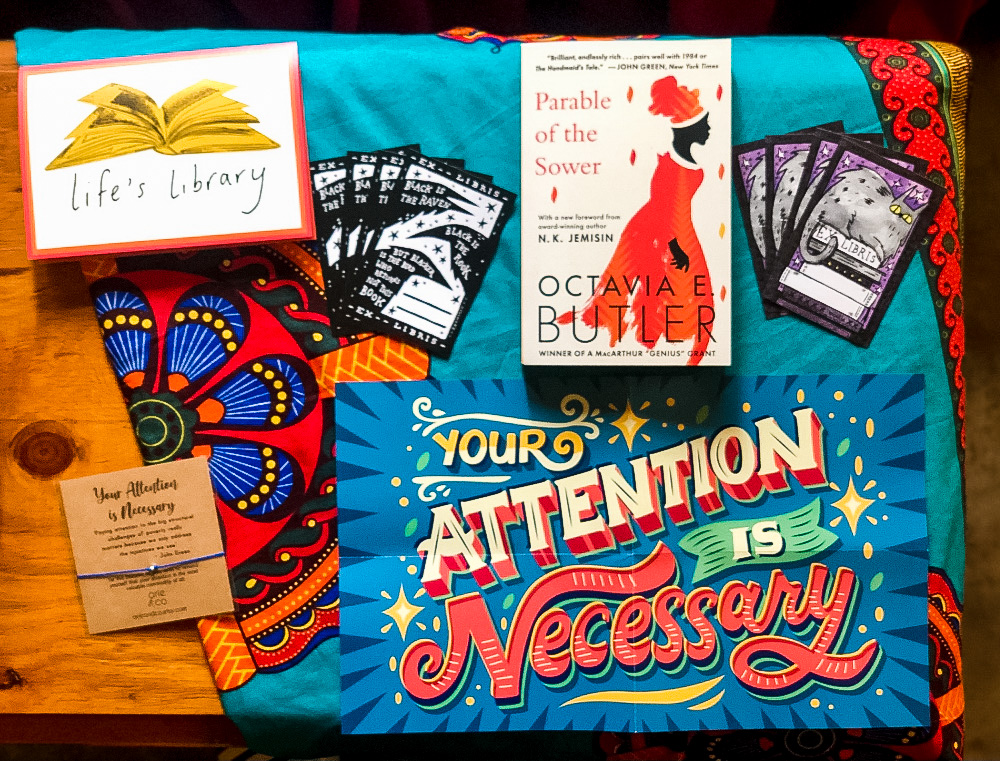 In 2025, with the world descending into madness and anarchy, one woman begins a fateful journey toward a better future.

Parable of the Sower by Octavia E. Butler

An interesting story. I read this one for Life’s Library Book Club.

This is a heavy read, not in volume but in sadness and much tragedy. It lingered there, a little too long for my taste.

It started out strong, but I quickly realized that maybe it’s one I would have better appreciated in the 90s or early 2000s. I wouldn’t say this book stands the test of time like other futuristic, dystopian concepts I’ve read. Which would be fine, but it lingered too much in the head of the narrator, that being presented in first person, with too much stagnation in personal reflection and not enough character growth or support for character consistency.

By the time I got half way through, realizing this was more of reminiscing and dwelling, and dwelling around a very specific concept of personal loss and societal woes, I just wanted to get it over with and didn’t look forward to finding out what was next because the interpersonal and personal victories kept getting postponed and never really came into full fruition by the end of the story in my opinion. It just became a bit exhausting to pick up and read, and I lost interest pretty early on unfortunately.

See it on Goodreads

Check it out on Amazon

0 comments on “Parable of the Sower (Earthseed #1) by Octavia E. Butler”