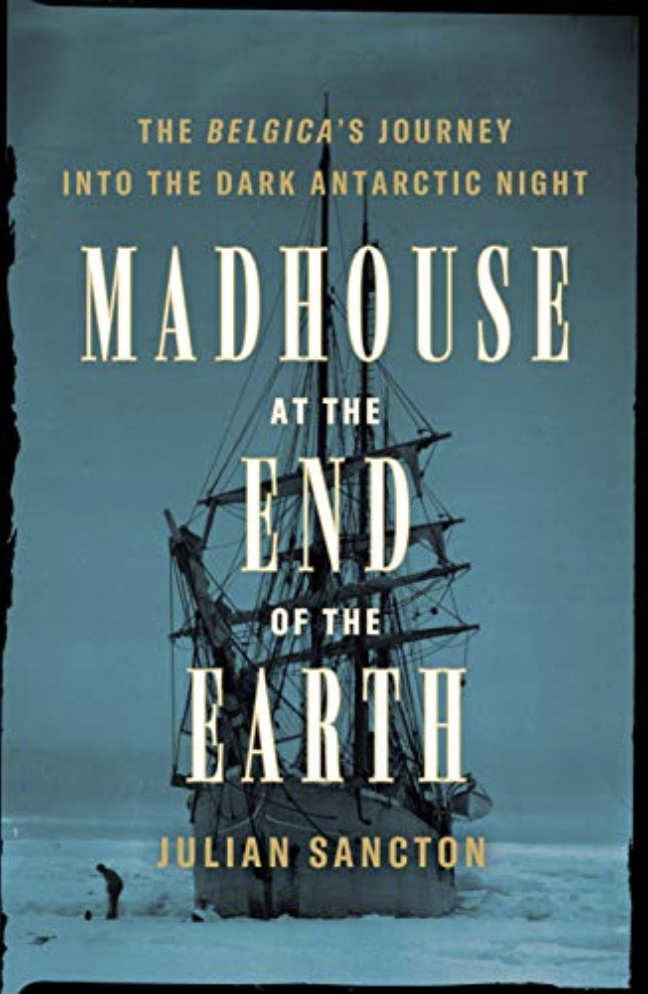 The harrowing true survival story of an early polar expedition that went terribly awry–with the ship frozen in ice and the crew trapped inside for the entire sunless, Antarctic winter–in the tradition of David Grann, Nathaniel Philbrick, and Hampton Sides

In August 1897, thirty-one-year-old commandant Adrien de Gerlache set sail aboard the Belgica, fueled by a profound sense of adventure and dreams of claiming glory for his native Belgium. His destination was the uncharted end of the earth: the icy continent of Antarctica. But the commandant’s plans for a three-year expedition to reach the magnetic South Pole would be thwarted at each turn. Before the ship cleared South America, it had already broken down, run aground, and lost several key crew members, leaving behind a group with dubious experience for such an ambitious voyage.

As the ship progressed into the freezing waters, the captain had to make a choice: turn back and spare his men the potentially devastating consequences of getting stuck, or recklessly sail deeper into the ice pack to chase glory and fame. He sailed on, and the Belgica soon found itself stuck fast in the icy hold of the Antarctic continent. The ship would winter on the ice. Plagued by a mysterious, debilitating illness and besieged by the monotony of their days, the crew deteriorated as their confinement in suffocating close quarters wore on and their hope of escape dwindled daily. As winter approached the days grew shorter, until the sun set on the magnificent polar landscape one last time, condemning the ship’s occupants to months of quarantine in an endless night.

Forged in fire and carved by ice, Antarctica proved a formidable opponent for the motley crew. Among them was Frederick Cook, an American doctor–part scientist, part adventurer, part P.T. Barnum–whose unorthodox methods delivered many of the crew from the gruesome symptoms of scurvy and whose relentless optimism buoyed their spirits through the long, dark polar night. Then there was Roald Amundsen, a young Norwegian who went on to become a storied polar explorer in his own right, exceeding de Gerlache’s wildest dreams by leading the first expeditions to traverse the Northwest Passage and reach the South Pole.

Drawing on firsthand accounts of the Belgica’s voyage and exclusive access to the ship’s logbook, Sancton tells the tale of its long, isolated imprisonment on the ice–a story that NASA studies today in its research on isolation for missions to Mars. In vivid, hair-raising prose, Sancton recounts the myriad forces that drove these men right up to and over the brink of madness.

Madhouse at the End of the Earth: The Belgica’s Journey into the Dark Antarctic Night by Julian Sancton

An amazing story! I enjoyed this one as an audiobook which I’d highly recommend. It was narrated by Vikas Adam, who is a good story teller, great with accents, and helped me understand characterization and timeline. I think anyone would enjoy this especially those who may be interested in polar expeditions, survival stories, biographies, sailing and navigation, or first adventure type stories will love this one.

The Story
Meticulous in genuine research. Covers the entire voyage from start to end, details of the explorer culture, climate, setting, even touches on reasonings and application of space exploration along with all the emotion behind the journey.

From mysterious ice, polar history, the polar expedition with successes and failed attempts, winter over-syndrome with 3 months of upcoming darkness where no man had ever survived winter this far, perilous seas, hope, tragedy, antarctic stare, rats and their destructive behavior on the ship, the sounds, polar anemia, suffering health, the desire of wanting to chew with your teeth and wanting something crunchy, collisions of ice, crevasse, Drake Passage, and the game of Whist.

And of course the Belgica itself as a sailing vessel and the tension surrounding the feat in all its trepidation and glory.

The Writing
Loved the visualization. Everything was interesting to me as described from both historical context, cultural matters, every day knowledge, and characterization. It was smooth as it went on, moving at a good pace from historical facts through periods of what would be mundane sailing for miles across the sea, to action and rationale for decisions made along the way.

The setups, overcoming the impossible, this one kept me going and I didn’t want to put it down. I understand the title of Madhouse at the End of the Earth which is incredibly suiting.

0 comments on “Madhouse at the End of the Earth: The Belgica’s Journey into the Dark Antarctic Night by Julian Sancton”